President’s Message from Dr. Philip Nobel member of the Board of the Nobel Family Society (NFS) one and only all family organization and the founder of the Nobel International Academy:

“I am delighted to be the Patron and President of the Nobel International Academy; an academic and research institute and establishment with truly egalitarian principles that will open the door to education for students and scholars from all over the world. We did this project with my global partners and Nobel Prize laureates. 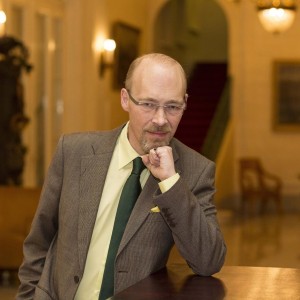 Nobel Academy was founded to provide an online educational platform offering a wide range of courses and training programs that will help students to develop and progress both their education and career opportunities. Nobel Academy is also a Forum where scholars and researchers can meet to share and exchange ideas and understanding.

This Academy continues the proud traditions of my Family in promoting the pinnacle of human achievement. My ancestors, famous Nobel brothers made an outstanding contribution to the development of science, industry and innovations worldwide and were regarded as leading international industrialists, scholars and philanthropists of the 19th and 20th centuries. Nobel Academy will provide the training grounds to nurture the talented economists, businessmen, and professionals in the world, bringing new opportunities to many and from our ranks most probably, future Nobel Prize Winners!

I am very proud of welcoming you to be a part of Nobel International Academy. Together we will develop the education and progress in the whole World. Together we enlighten the World”

Nobel International Academy was founded in Switzerland by the initiative of Dr. Philip Nobel in collaboration with his global partners among the prominent scientists, Nobel laureates and founders of International Nobel Movement, as well as Baku Nobel Heritage Fund and National Nobel Heritage Fund, which play an important role in the preservation of rich Nobel heritage in the world. These Nobel sister organizations were created to support various scientific, educational and training programs, which will expand beyond territorial boundaries of the Eurasian region (FSU) countries within academic and research institutions.

Mr. Philip Nobel, following in the footsteps of his famous ancestors, is a passionate philanthropist and sponsor of fundamental sciences and innovation technologies.