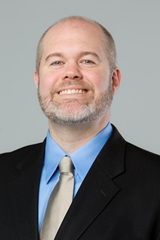 “I believe the ideals and, more importantly, the implementation of the Nobel Academy are critically important. Indeed, in any age, the Nobel Academy would be an important educational undertaking, but the problems the world faces today makes its emergence all the more crucial. In an environment where powers-that-be wish to obscure rather than illuminate, there is a greater need for truth-seekers and serious scholars. The Academy’s goal of reaching as many students as possible via e-learning platforms makes access to scholarship easier. It also allows the Academy to equip more youths with the critical-thinking tools needed to begin their journey as scholars. I especially am enthused to know that they are offering a bachelor of arts in economics, a subject whose knowledge appears to be in short supply as of late. Combining a global reach with vital subject matter, I wish the Academy well in reaching out and educating as many as possible.” ( Christopher A. Hartwell)

Dr. Hartwell has vast experience in macroeconomic research and applied economic analysis, private sector development, and strategic planning, having worked with both the public and private sector for over 18 years. He is an experienced international development manager, and has contributed to growth-promoting economic and financial reforms in approximately 15 countries, focusing on transition economies. He holds a PhD from SGH, as well as a master’s in public policy from Harvard and a bachelor’s from the University of Pennsylvania. He worked as Head of Global Markets and Institutional Research with the Institute for Emerging Market Studies (IEMS) at the Moscow School of Management – SKOLKOVO, where he led the Institute’s work in the area of international finance and macroeconomics, focused on financial sector and institutional development. He also advised the government of Kazakhstan on financial sector liberalization in the context of greater Eurasian integration. Before living in Russia, he led a private sector development project from the IFC (World Bank Group) in Tonga, and has served as Deputy Chief of Party of USAID projects in Armenia and in tax policy around the world.